When you started learning Portuguese I’m sure you came across some rules like: ser is used for permanent situations and estar for temporary or all words ending in A is feminine and all words ending in O is masculine. Well, these rules are not entirely wrong, but there are so many exceptions that it’s hard to believe they call them rules.

I use to say to my students they are more like to help them just in the beginning… like the 3 first Portuguese lessons. Then it’s better to forget them and learn what’s used in each situation.

So I’ll start a series of blog posts with exercises about Grammatical Gender: how to learn and identify them by yourself and stop saying a problema, when problema is clearly a masculine word (#ironia).

1. Don’t look only at the last letter!

Let’s take problema as example. If you only look at the last letter you’ll see A and imagine it’s feminine. But actually these words with Greek roots ending in -AMA, -EMA, -IMA, -OMA, -UMA (not only A, but -ema, -oma, etc) are masculine!

You’ll ask me: so now I need to learn which Portuguese words have with Greek roots? And I’ll say no! I’m telling you to look at the whole ending of the word not only the last letter and you’ll see many common words with these endings.

Examples, because this is what you need!

2. More masculine words ending in -A 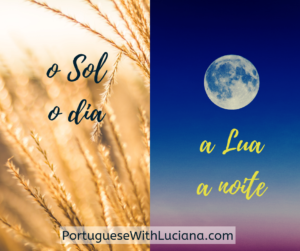 Try to write example with these words, complete sentences to add masculine adjetives, too, like: o mapa é velho.

When you learn new nouns in Portuguese, make sure to learn also it’s grammatical gender as well. It’ll make life easier for you in the future.

Imagine you just learned the word dilema, so instead of only writing dilema in your notebook, write: o dilema, um dilema, esse dilema, tenho um dilema. And the same thing for your flashcards.

5. Getting used to the gender

After you wrote the word in your notebook, read the combinations out loud so you’ll get used to the combination of an article (o, a, um, uma, etc), pronoun (meu, minha, esse, essa, etc), or adjective (grande, pequeno, feio, etc) with the noun.

Imagine you just wrote in your notebook: o sistema, but this ‘O’ doesn’t sound right for you, it seems it doesn’t match with the ending ‘A’. So repeat it: o sistema, um sistema bom, esse sistema é velho. And over time it’ll sound natural for you.

Here you have an exercise to practice it! And don’t forget to check part 2 and part 3 of this series of posts!

Any questions? Let me know in the comments!

Learn how to use the word MUITO in Portuguese

How to conjugate irregular -IR verbs in Portuguese 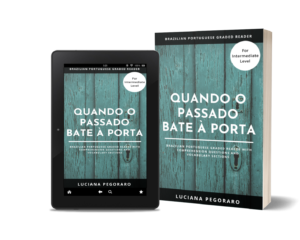